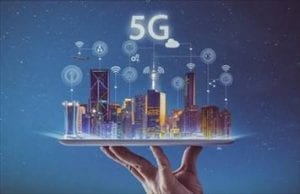 As January flies by and we finalize our preparations for PTC, we’re thinking about how far the networking industry has come over the past year and heading to Honolulu with a few key topics in mind: 5G, SD-WAN, the edge. If you’re a managed service provider or operator, right now you’re staring in the face of these new technologies, grappling with the very big question of how to best leverage them to achieve digital transformation and compete more effectively.

SD-WAN “reached an inflection point in 2019” and was named the most disruptive network technology of the year, SDxCentral stated. As enterprises use SD-WAN to drive costs down, it’s more critical than ever for MSPs to understand last-mile connections with laser accuracy. As for 5G, PTC’s 2019 recap explained that “this was the year 5G moved from marketing anticipation to real world (and commercial) deployment.” When it came to edge computing, ‘2019 was a year of laying the groundwork for future growth,’ according to Data Center Frontier. As 5G and edge data center rollout continues, more and more connectivity assets such as towers and small cells are coming online – representing a massive opportunity.

If you take a look at the ecosystem that Connected2Fiber is building in particular, 2019 was an incredible year of growth – not only for our ecosystem itself, but for the many customers and partners that define it. They announced impressive news over the past 12 months, including:

That list barely scratches the surface of all the phenomenal accomplishments from our ecosystem partners. We’re so proud to work with the forward-thinking companies and professionals leading the way in telecom.

We’d be remiss not to include our own 2019 news here! Connected2Fiber launched our Configure, Price, Quote (CPQ) tool and our Network Finder capability. We also secured two financing installments – after a $5.3 million round of funding in July, we announced another $1.5 million in financing from Silicon Valley Bank at the end of October. It was also a big year for partnerships; we joined the AT&T Partner Exchange® reseller program and told our success stories related to several clients: StrataNet, Bluebird Network, MetroNet and Vision Net. Click here to see all of our recent news.

If you’re headed to PTC next week and would like to connect, contact us here. Let’s meet in Honolulu! And check out Ben Edmond’s PTC Member Profile and Mike Collins’ 2020 predictions piece in Telecom Ramblings.